A charming and sophisticated cottage, The Stables is tucked away within a quiet hamlet on the edge of the Peak District National Park.

The Stables at Grove House is a beautifully converted, characterful retreat perfectly located for exploring not only all that the Peak District has to offer but also having the added convenience of easy distance to the bustling and historic city of Sheffield.

The Stables began life humbly as the stable block and servants quarters to the adjacent Grove House. Grove House has a fascinating history. Early 1600s' records show a cotton mill standing on the site. This was fed by Old Hay Brook leading down from Blackamoor which still runs through the immaculate gardens. This later became a scythe mill. Evidence of this can be seen by the millstones positioned around the property and also on the adjacent land where it is possible to see the tree-lined edge of the original dam.

Grove House and The Stables, as they stand now, were thought to have been built around 1852 by John G Waterfall. It has housed numerous fascinating characters. Percy Rickard, the chief engineer of the neighbouring Totley Tunnel (the second longest underground tunnel in the UK on the Sheffield to Manchester line) lived and died there of Tuberculosis at the age of 34.

Of interest to all football aficionados worldwide is the fact that Tommy Youdan also lived there. In 1867, Youdan, a wealthy theatre owner founded the first ever football tournament in the world, the Youdan Cup. Twelve teams took part and the final was held on 5 March 1867 at Bramall Lane, Sheffield. Interestingly, they used a four yard wide goal but could also score 'rouges' (when a goal would have been scored if the goal had been eight yards wide) which were only taken into account in the event of a draw. Hallam went on the win the cup.

The owners of The Stables currently live at Grove House.

The Stables features spacious rooms overlooking peaceful gardens, a fully equipped kitchen and plenty of modern amenities to enhance your stay. Getting away for a relaxing weekend or extended holiday has never been easier. 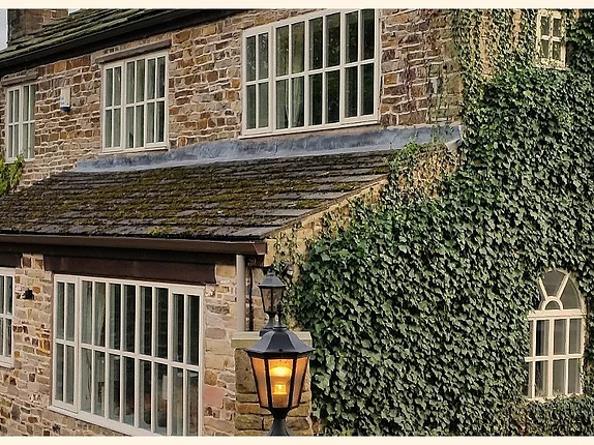 By train
There are two train stations in Sheffield. The main train station being Sheffield Station, Sheaf Street, Sheffield S1 2BP, a 20 minute drive to The Stables. There is a taxi rank outside the station.

The nearest train station, situated 2 miles away from The Stables is Dore and Totley Station.

By road
Sat Nav users - use the postcode S17 3AX and the road name Hillfoot Road to locate us. 50 yards past The Crown Pub on the opposite side on Hillfoot Road are the gates to Grove House. The Stables is situated down this drive.