The New Barrack Tavern was rebuilt in early 1930’s on the site of the existing pub which dated from the mid 1800’s. It was one of the pubs which played a major role after the Great Sheffield flood. In more recent years it has built a reputation as a real ale pub and renowned local music venue which also hosts monthly comedy club. In 2013 it was proudly awarded the SIBA National award for Best Local.

With a family friendly atmosphere and serving great ales & good food, the New Barrack Tavern has a multi room layout comprising a large lounge with an archive wall (from local area) and a log fire, cosy tap room also with a log fire & dart board, a smaller back room for functions with patio doors leading in to our multi-award winning beer garden.

The pub also hosts regular beer, music and comedy festivals, as well as special events supporting local charities and the community. Functions can be catered for.

Due to its convenient location to Hillsborough football ground it is a popular meeting place for Sheffield Wednesday fans. Also just five minutes away is the Owlerton Stadium: home of Sheffield Tigers Speedway and STAARS (Sheffield Tigers Aid And rider Support). From February 2014 the pub will be the new home of Sheffield Eagles Rugby League Club who return to the venue where it first formed almost 30 years ago. 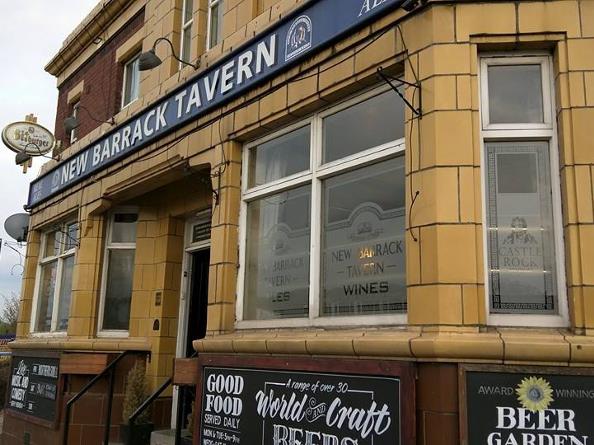