Since the building was officially opened by Her Majesty The Queen on 31st May 1991, around 7 million people have attended events at Motorpoint Arena Sheffield.
The £34 million building was constructed in time to host the World Student Games, and since been in use for over 3,500 days hosting concerts, ice shows, theatre style shows, ice hockey, sport, exhibitions and conferences.
The building is home to the Steelers ice hockey team and has hosted around 350 ice hockey games since 1991. The 1995 Benson & Hedges Cup Final has attracted the highest capacity ice hockey crowd to date at 10,142. The Sheffield Arena is also host venue to major Westfield Sharks Sheffield basketball home fixtures.
The most frequent performer at the venue to date is actually Mickey Mouse, who has appeared as part of Disney on Ice every year since the building opened, fronting approximately 150 performances to a total audience of around 900,000.

Times depend on event being staged 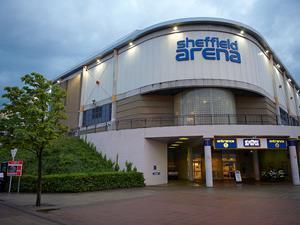 Steps - What The Future Holds Tour

Price is dependent on the event being staged